Now that you know about all the health benefits of turmeric, prepare this citrus ginger turmeric mixture to have on hand the next time to feel a cold coming on. The lemon decreases the strength of the cold virus, the ginger soothes your throat after coughing, and the honey contains tryptophan which will help you sleep at night.

Mash the ginger root with a mortar and pestle to make a paste. Combine all ingredients in a jar and store in refrigerator for up to one month. To make a cup of tea, simply put a heaping tablespoon of the mixture into a tall mug and fill with boiling water. 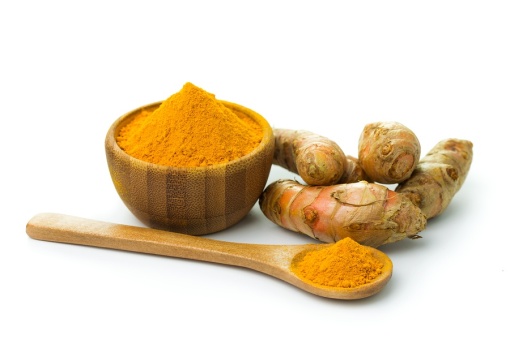 Turmeric is an orange-colored spice native to India and Indonesia, revered for its culinary and therapeutic benefits. Turmeric gives the curry its bright yellow or orange color and contributes to its peppery, warm, and mildly bitter taste. It also provides a tangy and ginger-like fragrance.

Turmeric is a root crop known for its tough brown skin and bright orange flesh. For more than 5,000 years, this root crop has been cultivated in the tropical regions of Asia. During the 13th century, turmeric was introduced to western countries by Arab traders. Its popularity has slowly spread across the globe. Today, the leading producers of this aromatic spice are India, Indonesia, China, Taiwan, the Philippines, Haiti, and Jamaica.

Turmeric is arguably the most powerful herb on the planet at fighting and potentially reversing disease. It has so many healing properties that currently there have been 6,235 peer-reviewed articles published proving the benefits of turmeric.

Turmeric’s active ingredient is an extracted compound called curcumin. Among the health benefits of curcumin is reducing inflammation of the joints characteristic of arthritis. Other studies suggest that this powerful spice may also help protect us against breast, lung, stomach, liver, and colon cancer, heart disease and even Alzheimer’s disease by reducing some levels of beta amyloid plaque in the brain, a compound associated with cognitive decline.

Turmeric has the ability to improve the effects of diabetic medications and help in controlling the disease. It reduces the risks of developing insulin resistance, a physiological condition in which the cells fail to respond to the normal actions of the insulin hormone.

So for inflammation and more, it appears that turmeric could be the supplement you’ve been searching for. When searching for a turmeric supplement, however, be sure to choose one that includes the black pepper extract piperine. Without it, the curcumin that is ingested gets metabolized before it’s absorbed.

Our local Asian market in Portsmouth, NH sells turmeric rhizomes. You can make your own fresh turmeric powder by boiling, drying and then grinding the roots into a fine powder.

However, its deep color can easily stain, so quickly wash any area with which the turmeric has come into contact with soap and water. To prevent staining your hands, you might consider wearing kitchen gloves while handling turmeric.

Some people have reported allergic reactions to turmeric, especially after skin exposure. Typically this is experienced as a mild, itchy rash. People taking certain medications should also be careful when using turmeric in their food or supplementing with it. Turmeric may interfere with anti-coagulants like aspirin, and warfarin. It also can affect medications such as non-steroidal, anti-inflammatory drugs. As with any herb or supplement, use as directed.

So why wouldn’t you try this natural ingredient for better health? It could just be the “spice of life.”

This Spinach and Mushroom lasagna is a great vegetarian alternative to the classic meat lasagna.

Preheat oven to 350o F. Cook lasagna noodles in boiling, salted water until al dente. Drain. In a large skillet, melt butter and olive oil and sauté garlic, mushrooms and spinach until mushrooms are tender and spinach is wilted. In a sauce pan over medium heat, make the white sauce. Melt butter and stir in flour and nutmeg. Whisk in half and half until smooth, well-blended and cook over low heat until slightly thickened. In a small bowl, combine ricotta cheese, the egg, grated parmesan cheese and fresh basil and stir until well-blended. To assemble: Line a baking dish with one layer of lasagna noodles, slightly overlapping them. Spread one half of the spinach mixture over the noodles. Pour 1 c. of the white sauce over the spinach mixture. Sprinkle with half the grated mozzarella cheese. Dot with spoonsful of the ricotta cheese mixture. Place a second layer of overlapping lasagna noodles on top of the ricotta. Spread the second half of the ricotta over the noodles. Put the remaining spinach mixture over the ricotta and pour the rest of the white sauce on the spinach mixture. Sprinkle the rest of the mozzarella cheese on top. Bake for 30 minutes. Serves 8.

Nearly every culture has a form of noodle to compliment its cuisine. The word “noodle” derives from the German word nudel. Generally made of unleavened dough (no yeast), they are cut into strips, shaped or dropped by the teaspoon into boiling, salted water to cook, or are steamed or fried.

In the Philippines noodles represent long life and good health and it is believed that they must not be cut short so as not to corrupt the symbolism. The Filipino noodle dish pancit is served to celebrate the birth of a child and on subsequent birthdays. Kugel is a baked pudding or casserole made from egg noodles (Lokshen kugel) or potato and is a traditional Jewish dish, often served on Shabbat and Yom Toy. In the northwestern region of China and Central Asia, Uighurs and Uzbeks make a dish called manta, steamed dumplings filled with mutton and pumpkin and served with cream. In Turkey, the dish evolves into manti, tiny tortellini-like dumplings that are boiled and served with yogurt, mint-infused oil, paprika, and crushed walnuts.

The Chinese made noodles as far back as 3,000 BCE, although the first written evidence of noodles in China was not until 206 BCE. An excavation of an Etruscan tomb shows drawings of natives making pasta in the 4th century BCE, and in the 1st century BCE, Horace wrote of fried sheets of dough called lagana. Arabs took noodles, string-like shapes made of semolina flour and dried before cooking, with them on long journeys in the 5th century. Wheat noodles (udon) were adapted by a Buddhist monk in Japan in the 9th century from an earlier Chinese recipe. Persian resteh noodles were eaten in the 13th century. Pasta has been a staple for Italian families for generations.  Marco Polo is credited with bringing pasta to Italy after his exploration of the Far East in the 13th century and written records of spatzle in Germany date to 1725.

A virtually fat free and salt free food, noodles are low on the Glycemic Index (GI). The Glycemic Index is a ranking of carbohydrates and the effect they have on our blood glucose levels. A low GI carbohydrate is digested more slowly and satisfies hunger longer without increasing blood sugar levels.

Noodles are usually classified according to ingredients.

Kelp noodles – made from seaweed.

Pasta – Italian noodles made using semolina flour, which comes from grinding kernels of durum wheat. Sometimes the semolina is mixed with other flours. It is then mixed with water until it forms sticky dough. Additional ingredients are then added to the pasta, like eggs to make egg noodles, or spinach or tomato to make red or green colored pasta. Pasta is formed into various shapes. Here are some of the most common:

Tagliarini– similar to linguine with a flat side, but thinner

Rice vermicelli – also known as rice sticks, they are long and thin

Spatzle – a German noodle made of wheat and eggs

Always cook pasta in a large pot of boiling water to keep it from being sticky.  Never add oil to the water or you inhibit the ability of the sauce to cling to the pasta.  Also, it is not necessary to drain the pasta after cooking unless you are going to serve it cold in a pasta salad. Generally, you should use thinner pastas with thin sauces and thicker shapes with thicker sauces as the sauce will coat the shape and cling to it better.

The proper way to eat spaghetti is to wind the spaghetti up on the fork and eat it in one bite. It is very impolite to eat half of the noodles and let the other half to fall back into your plate. In Asia cultures, making slurping sounds while eating noodles shows that you are really enjoying the meal!

Marlani, John. The Dictionary of Italian Food and Drink