I recently returned from Bahrain where I went to visit our son Eric who is stationed at the Naval Support Activity there. It was my first visit to a Middle Eastern country, and he was a great tour guide. We started by going to the Bahrain National Museum so I could learn some history about the country. I learned that Bahrain is an island country and an Arab constitutional monarchy situated in the Persian Gulf between the Qatar peninsula and the northeastern coast of Saudi Arabia. Originally referred to as Dimun, it is rumored to have been the site of the Garden of Eden, although it is mostly a white sand desert today sparsely spotted by date palms. The natural pearl fisheries dominated its economy and the pearls were considered the finest in the world, until Japan started cultivating pearls. Oil was discovered in 1931, production began the following year and oil remains Bahrain’s most exported product today. 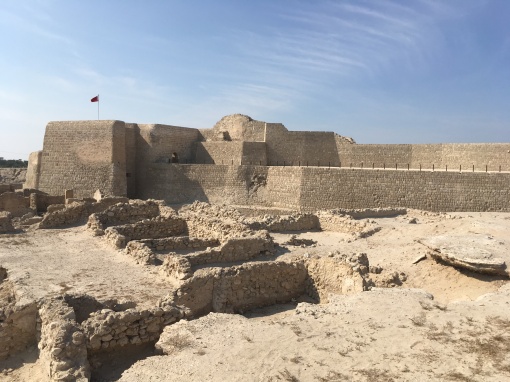 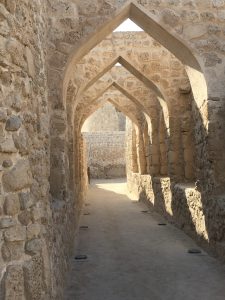 On the second day, Eric took me to an old fort and museum. Archeological excavations revealed that the fort had existed for over 4,000 years through 6 different civilizations – the last time it was rebuilt was by the Portuguese in 1521.

One of the more fascinating compounds in the fort showed how dates were placed in troughs in a room, weighted down with boards and allowed to sit and soften until the date “honey” or liquor drained into a depression in the stone floor. The date tree trunks were used as the ceiling, covered by woven date palm fronds made into mats. 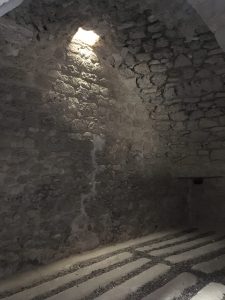 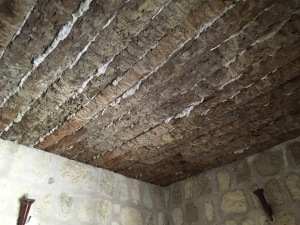 Summers are very hot there, often with a heat index of 130 degrees F, although we enjoyed moderate temperatures in the mid-80’s with a slight breeze. I found the various souqs (markets) fascinating – gold, pearl jewelry, spices, and Persian carpets abounded. Food was fantastic and I especially enjoyed the karak (spiced chai), balaleet (egg and noodle dish), shashouka (eggs and tomatoes) and the shwarma (marinated lamb or chicken wrapped in khubz or flatbread). 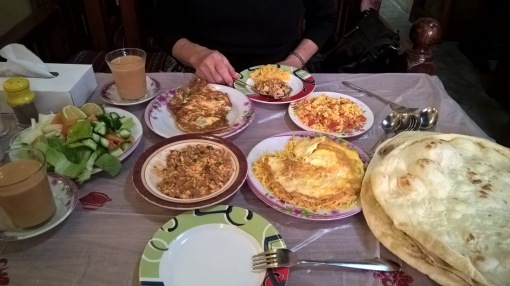 The men making the flatbread placed the rounds of dough on a cushion and slap them onto the sides of a stone oven. Another person removed them with a hook. The flatbread is served with every meal and is used to scoop up the various meats and vegetables that are served.

We also toured the circa 1800 home of the Sheikh in the old part of the city, the Royal Camel Farm where I got to feed the camels, the Grand Mosque which can accommodate 7,000 people during prayer where I had to change into an abaya and head scarf, and had a Bahrain cooking class where we made machboos, a spiced rice and chicken dish. 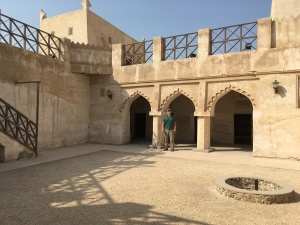 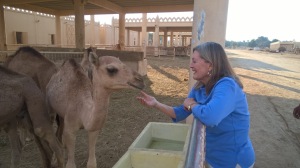 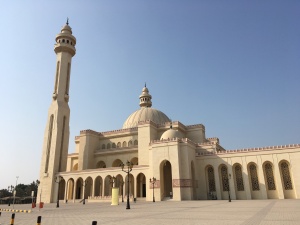 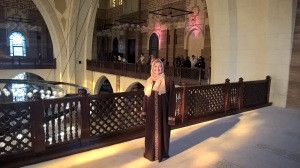 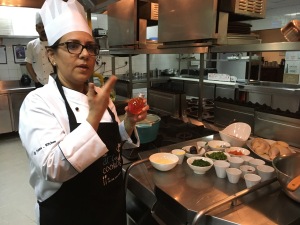 Learning how to make machboos

It was an amazing cultural experience. And to top it off, Eric and I raced go karts around a Grand Prix course (I came in last in the heat of 14 cars, but Eric was only a half second behind first place) 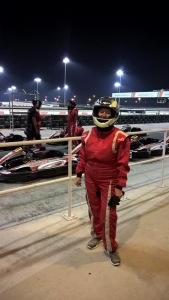 AND I got to be Eric’s date to the Marine Corps Ball where we toasted his brother and our oldest son Brian, former Marine Corps Captain. 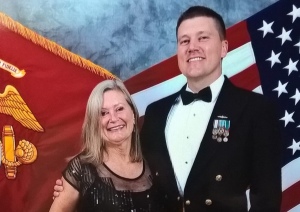